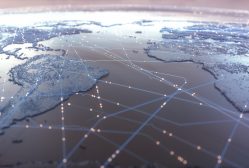 4,500 businesswomen and men and international experts at the service of France’s development for over 120 years; present in all regions of France and in more than 150 countries.

The French Foreign Trade Advisors share their experience to serve the development of France. They carry out concrete actions on a daily basis in partnership with public and private actors having a role in promoting and supporting the internationalization of French companies. Appointed by the Prime Minister, the French Foreign Trade Advisors are invested, by the public authorities, with four missions.